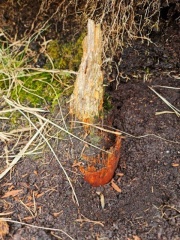 A Peg at Cut Hill 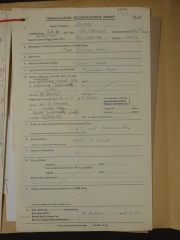 Reference to a temporary peg at Coleby

A 'Peg' is an uncommon type of triangulation mark. 5 instances are recorded in the OSGB36 list [1] as follows:

The wooden peg at Cut Hill still exists but is reported to be in poor condition. It is described in the OSGB36 list as a 'Temporary mark'.

Elsewhere, prior to the construction of some pillars and blocks, a wooden peg would be left as a temporary mark by a Reconnaissance Party. It appears that, for Cut Hill, the peg was never replaced.