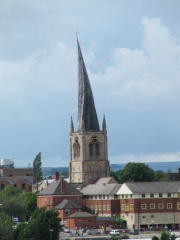 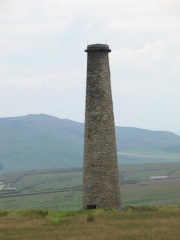 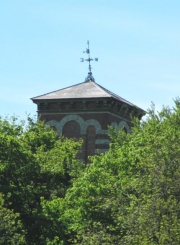 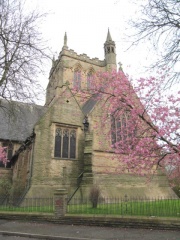 The main distinguishing factor is that intersected stations generally cannot be occupied by a theodolite.

However there is the noticeable exception of St Pauls Cathedral. This was originally intersected during the Principal triangulation and later (during the Principal) a scaffold was erected and the Ramsden 36" theodolite taken to the top and observations taken. [1].

Examples of Intersected marks include Centres, church spires, weather vanes, pinnacles and chimneys. They were often used in conjunction with a nearby mark that could be 'occupied', for example a bolt on the church roof. The station name is only classified as Intersected in the OSGB36 list if it does not include any occupiable marks. If there is a mix of occupiable marks (i.e rivet or bolt) and non-occupiable (centre, church spire, vane, flagstaff, etc) then it is not an Intersected station.

The inclusion of a block as an intersected station may seem surprising. The single instance is Lochboisdale Pier for which the OSGB36 record states "Centre of conc block on pier". This suggests that it was not an OS block with a metal mark but a pre-existing non-OS concrete block with a mark type of 'Centre'.

The three instances of 'Stone', Chars Stone, East Breakwater North End and West Breakwater East End are all recorded as destroyed but may have been something similar.

It is unclear why the rivet at John Lea Sec Mod Sch Wtr Twr (SK22I035) or the bolts at Park Place Belfry (SU77I011) and Laurence House (NT48I103) were designated as an Intersected Station.